Why is Iggy such a tard he's literally a dog that eats coffee gum and shits on Polnareff's face. What even is coffee gum I've never seen that anywhere. Anyways, I feel like Iggy was put in just as an excuse to have another character die since apparently killing the black guy first isn't enough to Araki. Like he really had to sacrifice Kekyoin for a dog? Feels bad man

done hating on Iggy so here's a thing 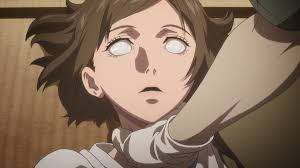